What Does it Mean to be a Bi Activist?

Being an activist can come with huge negative connotations. Some may think that means being shouty, lecturing people and that generally you’re not much fun. In reality, it just means anyone who works in any way towards a cause which they care about.

So those social media posts that people say mean nothing? Well, they do. One of the cornerstones of pushing for equality is to spread a central message – whether it’s a placard or a tweet. All signs of solidarity matter. By tweeting your support for bi issues and bi people, it challenges biphobia. However, most importantly, there may be closeted bi people watching who aren’t in a position to come out. Even sending a tweet then can be validating for their identity, but it can also provide a sense of connection.

“All signs of solidarity matter”

Events themselves aren’t always accessible, and so it’s important that those who can’t be present at events are still valued as activists. Work on branding, communications (that includes those pesky social media posts) and looking at policy are vital. It’s not just about protests.

Protests, though, are important. They are a visible sign that people will stand up for their beliefs and that can inspire hope and demand change. Not everyone can attend these, however. If you’ve got full-time work, a disability or can’t afford travel then you can still be involved.

Being an activist is an action that faces smearing. People see it as disruptive and as potentially aggressive, but it really is people taking part in democracy the way we always should. If we care about an issue, then we should be allowed to respectfully work towards progress. That’s how society moves forward.

You might not think of yourself as an activist, or maybe it even sounds intimidating to be one, but you probably are. If you’re reading this and supporting organisations that are trying to empower others than that’s activism. It might not seem like a big thing, but if we all work towards supporting each other then that is how progress is delivered. 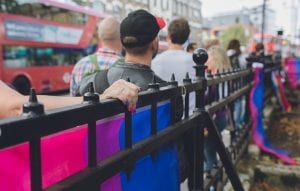 Remember the month of September: the biggest bi gathering in history

WE WANT TO HEAR FROM YOU! 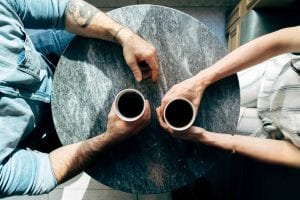 Chatting with the Chair

A Huge Thanks To Our Fundraisers

We use cookies to ensure that we give you the best experience on our website. If you continue to use this site we will assume that you are happy with it.OK